The Board of Christchurch Girls’ High School bought three and a half acres of land at Avonside. In the cottage on that site, two classes of forty students began in January 1919. Girls studied at Avonside for their first two years of high school and then went to the Armagh Street site.

In December 1927 Avonside Girls’ High School became a separate high school. The first Lady Principal was Miss K.M. Gresson M.A. She was an experienced teacher of French and had studied at the Sorbonne.

Saw the school’s first sixth form class. A number of students gained University scholarships in those early days. These successes marked the beginning of the school’s fine academic tradition. A tradition of sporting excellence and innovation began early too. Tennis, swimming, life-saving, cricket and tramping were popular sports from the beginning.

There began what was to become a 25-year period of integration with Te Wai Pounamu Maori Girls’ College.  the college, founded in Ohoka in 1909, became a purely secondary school during the 1930s with its own Board of Governors and the Bishop of Christchurch as its Warden.  Girls came from all over New Zealand, including the Chatham Islands, to learn how to take their place as mature Maori women.  They had their own college principal at the hostel in Ferry Rd, and attended Avonside during the day.  Avonside benefited greatly from this period of integration, as girls from all levels were brought into close contact with Maori culture.

As the school grew in student numbers more buildings were added  – Gresson Block in 1964, Jobberns Block in 1973, and most recently the Stevenson Block which opened in 2001.

During the early 1990s the Main Block was significantly refurbished.  Classes continued for three years in a small village of prefabs established on the front lawn with the constant background noise of pneumatic drills, falling masonry and ongoing construction cacophony.  The brick structure became a facade tied to a steel and wooden frame, with new internal supporting walls of reinforced concrete.  High ceilings, original staircases, doors and windows were kept, but almost everything else inside was new.  The first classroom of desktop computers was installed.

In February 2011 a major earthquake wreaked severe and irreparable damage on the city of Christchurch including the school buildings.

A month after the quake, the students resumed their studies using the facilities of Burnside High School.  This necessitated in almost twenty busloads of girls being transported across the broken city to attend school each day.  Classes began at 1p.m. and  went on until 5.25pm with just one short mid-afternoon break.  And then it was back on the buses for a slow journey in peak-hour traffic to get home – for much of the year after darkness had fallen.

2012 marked a significant point in the Avonside story. It was the year of re-establishment in a temporary school on our Avonside site, following the damage of the February 2011 earthquake. The old damaged buildings had been demolished and in their place had sprung up a village of prefabs, a mix of old and new. They provided safe, single-story dwellings for learning and that, coupled with improved ICT infrastructure, ensured Avonside students were well set up for their temporary tenure while the future of the school was explored.

The school functioned in its temporary setting for the next seven plus years. Over that time, the school’s future, which seemed to delicately hang in the balance, was confirmed by the Minister of Education of the time, the Hon Hekia Parata. A condition of the promised rebuild was that the school had to be rebuilt on a new site, in a co-located setting with our brother school, with both schools retaining their individual culture and identity but sharing some key facilities.

A huge amount of work was completed over those seven years, involving site selection, visioning for the new school and for co-location, consultation throughout the design and build process and negotiation of a zone for the new school. A huge effort from all involved saw learning start as scheduled in the new Orua Paeroa campus on QE II Park in North New Brighton, at the beginning of term 2, 2019.

It represents a new era for Avonside Girls’ High School, with a learning environment and facilities that support wonderful learning for future generations of Avonsiders. 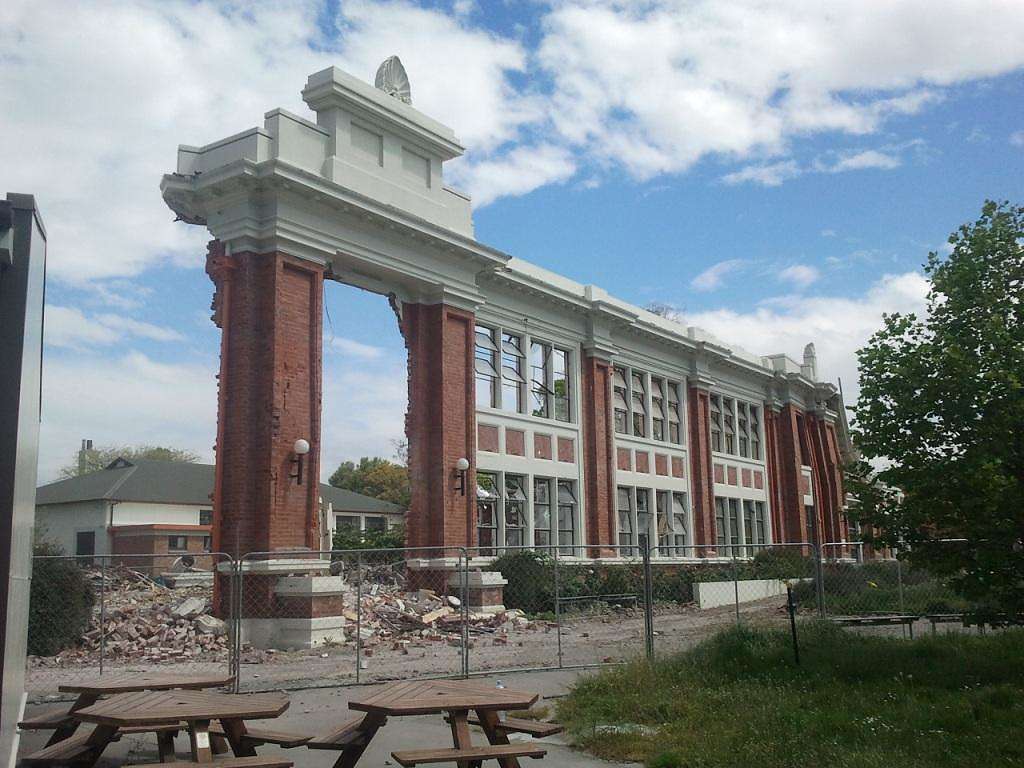